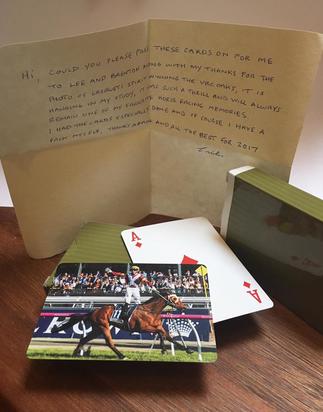 There weren't too many punters that found $201 winner Lasqueti Spirit in the Crown Oaks but one astute 70-year-old wrote a heartfelt letter to trainer Lee Curtis describing it as his "greatest thrill" in racing.

While most punters would be content to revel in their own greatness after such a brilliant bet, the letter and follow-up correspondence show that gentlemen still exist in the sport of kings.

Lifelong racing fan Colin Miles spotted the roughie while analysing replays of her lead-up runs, some of which were in provincial maidens, and said he couldn't resist when the bookies put up "200/1" for the Oaks.

"That ended up giving me the greatest thrill I have had in all the years spoken of previously, not just the money but the huge satisfaction of having researched it," the letter to Curtis read.

"I could not believe it but after the race I did remember my thoughts watching the videos and that was 'this filly could run 2m (miles).

"Congratulations again and good luck with her in the future, if you ever get any pics done I would love to purchase one from you ... thanks for the enjoyment this has given me." 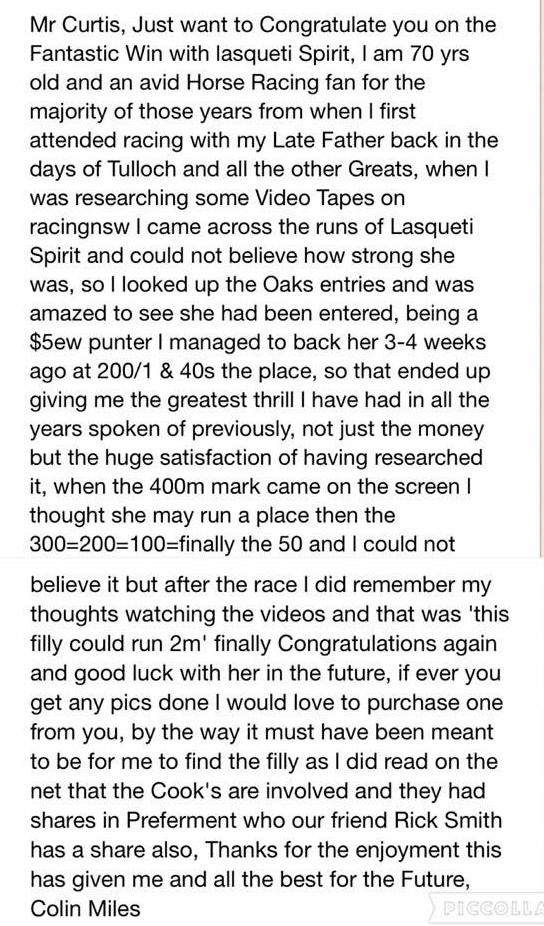 Curtis responded to the letter with a photo signed by himself and jockey Brenton Avdulla and Miles returned serve with a set of unique playing cards capturing Avdulla's now-famous celebration. 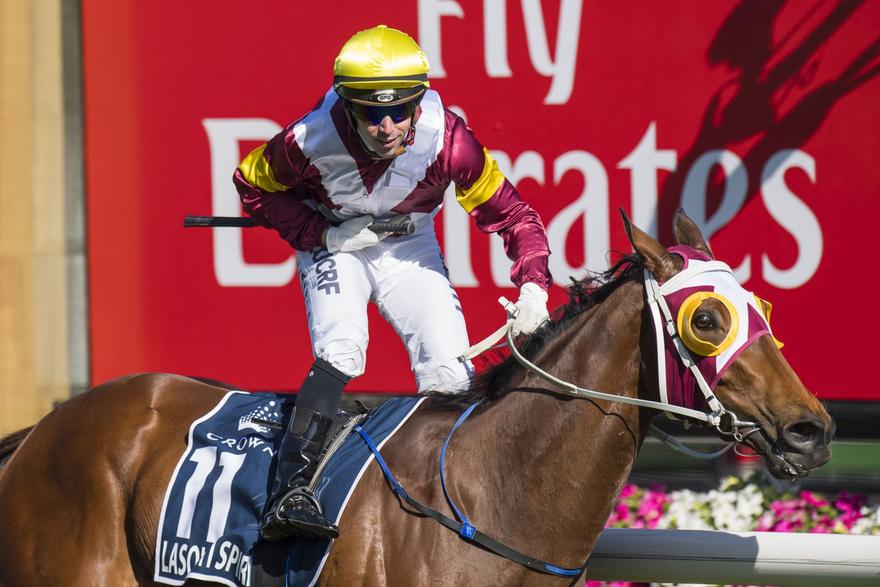 The Sydney trainer told Punters.com.au his phone always "goes beserk" when one of his gallopers wins but said the reaction from Miles was definitely unique.

"I haven't had anything quite like this ... I think after we won the Oaks I had 100 messages and 30 or 40 missed calls. It was lovely to hear his story of her winning and what it meant to him," Curtis said."It was nice a nice surprise getting the cards in the mail yesterday.

"We've heard so many stories from so many people, even those that aren't punters but had a few dollars on her. Even one lady wrote from Lasqueti Island, apparently they're all fans over there."

Sometimes it truly is "The Great Game."