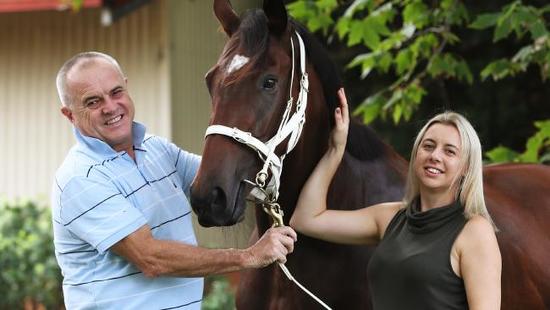 Story by Brendan Cormick - The Australian

El-Issa, 39, returned to riding last April after beating acute myeloid leukaemia, an aggressive form of the disease. During his chemotherapy he weighed as little as 35kg.

A stronger, some say even better, jockey since his comeback, El-Issa will ride the Crown Oaks winner and Australian Oaks-placed filly at 51.5kg.

Trainer Lee Curtis gave Brenton Avdulla first opportunity but he was offered the ride on Assign. El-Issa was no sooner booked and Avdulla learnt Assign will not be returning for a tough slog at Randwick.

“I’ve known Bobby a long time and he’s a good rider and he can do the job,” Curtis said.

“He spoke to my wife and he’s pretty happy about it. He’s very appreciative of the opportunity. He wouldn’t be on there if I didn’t think he could do the job.”

Curtis added that El-Issa would be strong at the minimum handicap, which he will need to be to handle Lasqueti Spirit.

“She’s an amazing filly. I don’t think I could do all the stuff I do with her with any other filly. I’ve never seen one like her,” the trainer said.

“She’s a tall girl, a strong filly but she acts like a professional racehorse. Sometimes I think I’ve got a five-year-old gelding.

“She gets cranky like a girl but I saw that professionalism as a two-year-old. She was ready to go, she just lacked the turn of foot.”

Curtis is adamant the key to Lasqueti Spirit’s success is her toughness at home and her ability to cope with whatever is thrown at her. “She doesn’t know how to get tired. You can’t make her tired. When she won the Oaks in Melbourne she went 600m further than the others before Brenton (Avdulla) could pull her up,” he said.

“She just keeps going all day and then comes home and eats. I wouldn’t recommend doing this with another horse. She had eight runs as a spring three-year-old.

“The Sydney Cup is going to be a massive challenge but I’m pretty confident over the ground. I’m sure she’ll run the two miles. You never know till you try.

“She’s not as seasoned as some of the older horses she’ll be meeting but you’ve got to have a crack,” he said.

Saturday’s Caulfield winner Boom Time and stablemate Harlem are to go into the Sydney Cup puzzle with Rock On another in the mix.

With the Cup rescheduled after being declared a no-race when Almoonqith suffered a catastrophic injury to a hind leg on the turn out of the straight nine days ago, those facing the starter from that day are assured a berth in a maximum 14-horse line-up.