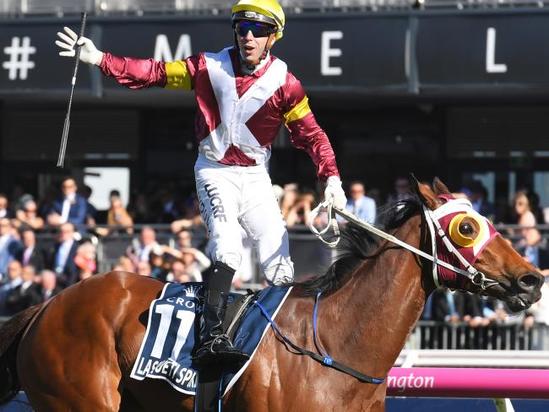 LASQUETI Spirit will bid to become the first three-year-old filly in more than a century to win the Sydney Cup when she tackles 3200m for the first time in Saturday’s $2 million feature.

Four three-year-old fillies have won the Sydney Cup but the latest of those was Moorilla in 1911, following on from Diffidence in 1899, Patroness in 1895 and Petrea in 1880.

Lasqueti Spirit fans can rest a little easier as the last three year-old filly to contest the Sydney Cup was Taressa, who ran third in the 1952 edition.

Lasqueti Spirit did not contest the original Sydney Cup but trainer Lee Curtis opted to have a crack when the Randwick feature was postponed for two weeks following the no-race.

“Three-year-old fillies aren’t the type of horses that go in it (but) she is unique in that sense and I have no doubt she can handle it,” Curtis said.

“That’s the most important thing to ask is just knowing she is going to come through it and handle it OK and we’re confident of that.

“I’m happy going into it and we’re not real bullish or going crazy but we’re happy with our horse and we can’t wait for the race.”

Lasqueti Spirit, renowned for her tactics to pinch a big break on the field mid-race, is almost certain to lead the Sydney Cup field but it remains to be seen by how far.

“I heard (jockey Bobby El-Issa) say that she would have a couple of breathers in the run and I really like that,” Curtis said.

“It’s a really hard call to say how far you should lead by.

“We are going to lead and we have to apply a bit of pressure here and there and we will just have to work that out.

“Bobby is the best guide and he is the jockey and he knows what it’s like to ride Randwick.”

“You take the first three out and we still beat the rest quite easily,” Curtis said.

“Her weight is exactly the same (as it was going into the Oaks) and we just had to give her a good hitout on Saturday and again on Tuesday.

“She is in a good frame of mind and she is mentally very tough.”