Pint-Sized Filly Has A Big Heart 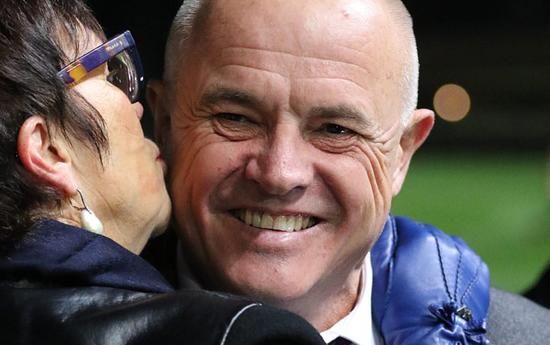 Trainer Lee Curtis has enjoyed a fruitful association with the Cook family and he has high hopes juvenile filly Giselle Anne will be their latest success story.

Frank and Christine Cook raced the now-retired Lasqueti Spirit, who Curtis trained to win the 2016 Group One VRC Oaks.

Christine Cook is also a major shareholder in a women-only syndicate which races dual Group Three winner Meryl who is back in work for a Sydney autumn carnival campaign.

"Lasqueti and Meryl have been quite good to us and we're hoping this filly will go along a similar path," Curtis said.

Giselle Anne will line up in the Countdown To Golden Slipper Sprint (1100m) at Rosehill on Saturday having finished fourth at Randwick on debut when she showed natural speed then fought on gamely despite being overpowered by the backmarkers.

It has proven a handy form line with the winner, Movie Role, and third placegetter Hightail both subsequently performing well in the Magic Millions Classic.

Curtis said the race experience had been invaluable for Giselle Anne, who has won him over with the improvement and courage she has shown in her short career.

"It's fair to say that, early on, she wasn't the best doer but she's just got tougher and tougher," Curtis said.

"That run has really switched her on. She's not a big filly but she's quite game and she's handling the work, which a lot of two-year-olds don't.

"She's really coping well and I thought her work on Tuesday was absolutely super. It's definitely the best work she's done so I'm looking for quite a forward showing from her."

Kathy O'Hara sticks with Giselle Anne after riding the Snitzel filly when she made her debut.

She was an $18 chance on race eve with Igniting displacing Accession s favourite.

Trained by Ciaron Maher and David Eustace, Igniting was at $2.60 with the Chris Waller-trained Accession at $3.

Accession won the Inglis Nursery at his second start and is among the leading chances for the $2 million Inglis Millennium at Warwick Farm on February 9.