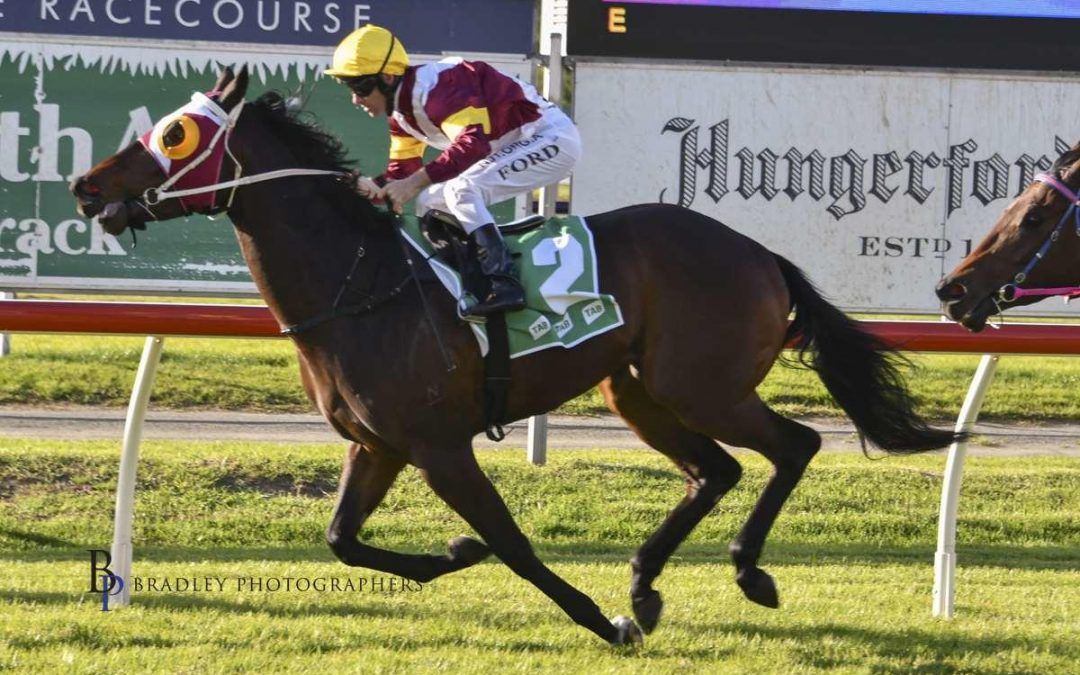 It was the gelding’s third start. He ran a strong second at Kembla on debut before failing on a Heavy 10 surface at the same track. “He lost his tongue tie last start and Shaun said he was a bit casual, looking around so today we applied the blinkers and his tongue tie stayed on and we saw a very different horse to last start. We’ve always known he has had it in him, every gallop he’s had has been better than the last and always good on the clock, he pulls up well, eats, is relaxed, he has all the makings of a nice horse.” Lee said

Purchased at Magic Millions Yearling sale in 2018 for $130,000 in the Saturday night session, he was an impressive sort from Day 1. With a lovely, relaxed attitude there’s no doubt he will continue his winning ways.